Webinar: AI Made Inventions and AI Created Works in Europe

Human intelligence has developed over thousands of years.

Meanwhile, AI, including deep learning algorithms, is the result of just a few decades of work and development. There is no doubt that this snowball cannot be stopped. Artificial intelligence already has a huge impact on key areas of the economy. It also raises a number of critical legal issues, including those relating to innovation and creativity, faced by states, regulators and competent authorities. During the webinar, the current legal approach on the issues concerning AI made inventions and AI created works in Europe was presented (and vigorously discussed) as well as practical aspects of the impact of this phenomenon on running a business in various sectors of the European economy.

Check it on YouTube: Al Made Inventions and Al Created Works in Europe 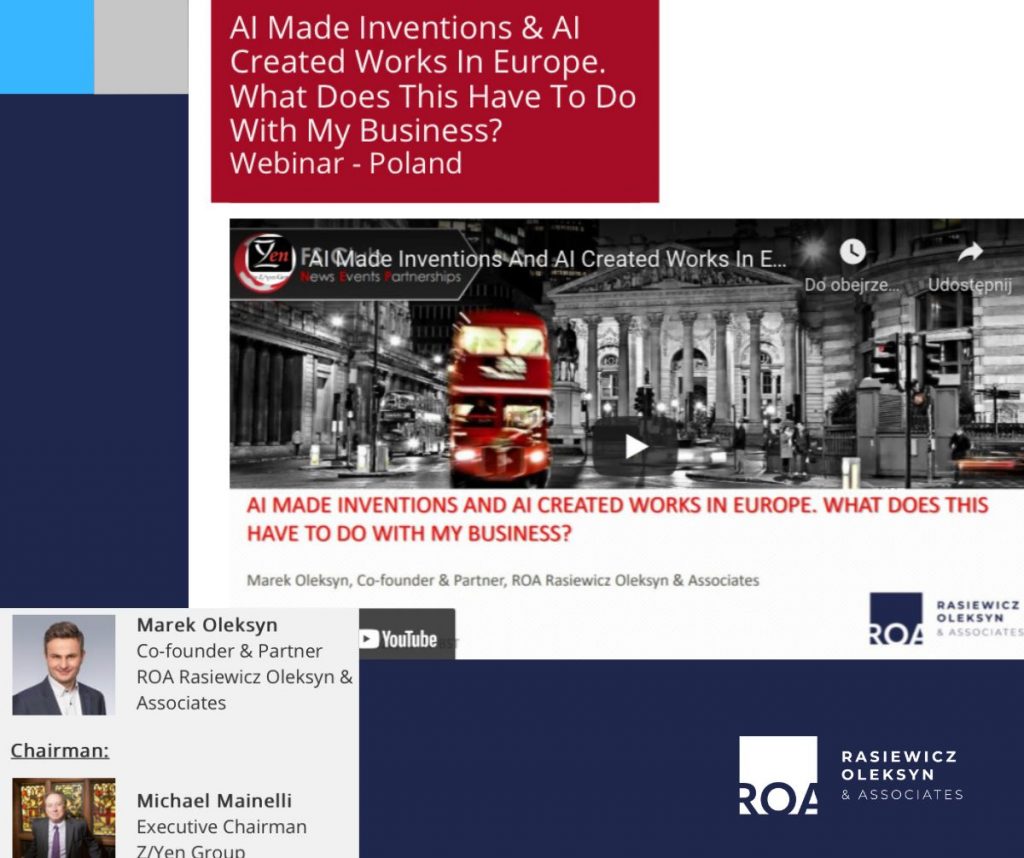 We are extremely proud to share that news with you: Justyna Rasiewicz, Partner in ROA Rasiewicz & Associates, was included in the IAM Global Leaders 2022 list for Poland! 👏👏👏

Justyna Rasiewicz – a co-author of the book!

We are extremely excited and look forward to the premiere of the book co-authored by our Partner Justyna Rasiewicz. "Methodology of attorney's work in civil cases in the field of intellectual property law" publ...

Justyna Rasiewicz – a co-author of the book!
All news